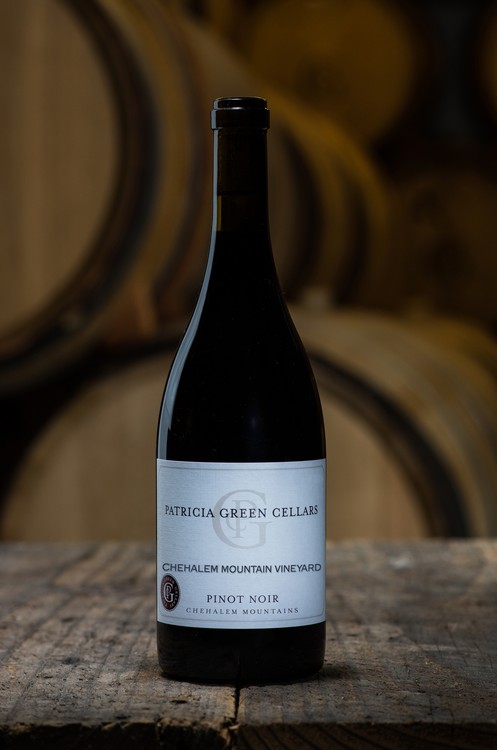 Site History: This is the vineyard that Dick Erath planted when he originally began growing grapes and making wine in 1968. While the vast majority of the tiny industry at the time was in the Dundee Hills, Dick saw the potential for grape growing in the marine soils, lower elevations, and slightly cooler temperatures out in what is now the Ribbon Ridge/Chehalem Mountain AVAs area. Dick was truly ahead of his time as the first vineyard planted in the Ribbon Ridge AVA (Chehalem Mountain Vineyard is on the east side of Dopp Rd., the west side of Dopp Rd. is in Ribbon Ridge while the east side is Chehalem Mountain) did not occur until a full fourteen years later!

Site Characteristics: Chehalem Mountain Vineyard is a lower lying hillside that juts up quickly from Dopp Rd. which traverses the small valley that divides the AVAs. The vineyard slopes mostly lightly from the Northeast corner down to the Southwest corner with undulations and some steeper and flatter parts running through it making it a fairly diverse spot. The soil is of the Willakenzie series which is all marine sedimentary. The topsoil is dry and dusty with no rocks. The subsoil is a mixture of shale, sandstone, and clay with the former two found at the higher portions and the latter in the lower parts. The vineyard’s defining characteristic likely comes from the large hill directly to the west dividing from the Ribbon Ridge AVA which makes it warmer than most vineyards in that AVA and less windy than many of the “inner” Chehalem Mountain AVA sites to its east.

PGC Blocks: This is the most diverse vineyard we purchase fruit from in terms of clonal makeup, which is a defining aspect of this bottling. Below are the sections that we receive:

Farming Practices: Chehalem Mountain Vineyard was recently purchased by Cooper Mountain Vineyard. They are moving from sustainable farming to biodynamic principles with a stop in between of normal organic level farming which is where we are at right now. Standard every other row tilling. Heavier cultivation in the short term to properly aerate chunky soil. All Patricia Green Cellars sites are dry farmed.

Winemaking: Fermentations were managed by a combination of pumpovers early in the process and exclusively prior to fermentation beginning as well as pigeages to ensure gentle handling, extraction, and delicate tannin construction. Cold soaks were generally 3-4 days with the exception of the Wadensvil which was between 6-7 days. Full fermentation from beginning to pressing was 16-17 days except for Wadensvil which was 20-21 days. 48-72 hour settling prior to being racked to barrel. All wines on full lees until assemblage for bottling. Bottled without fining or filtration.

Notes: This wine combines the fruit driven intensity of the California clones that make up around 60% of its volume with the more densely structured and earthenly-nuanced clones that are common to Oregon. Combined with growing in marine soils and the isolated valley nature of this site it all adds up to a unique, dynamic, and intense without being too powerful sort of Pinot Noir. This is richly colored, highly aromatic and abounding with darker/bluer sort of fruit notes and finishing with an excellent structural composition that reins everything allowing for it to be balanced and delicious in the short term while giving appropriate framing for, most certainly, medium term aging and quite possibly rewarding aging well into a second decade in bottle. This finished with a TA of 6.0, a pH of 3.52 and was bottled with under 25 ppm free SO2 and less than 70 ppm total SO2.