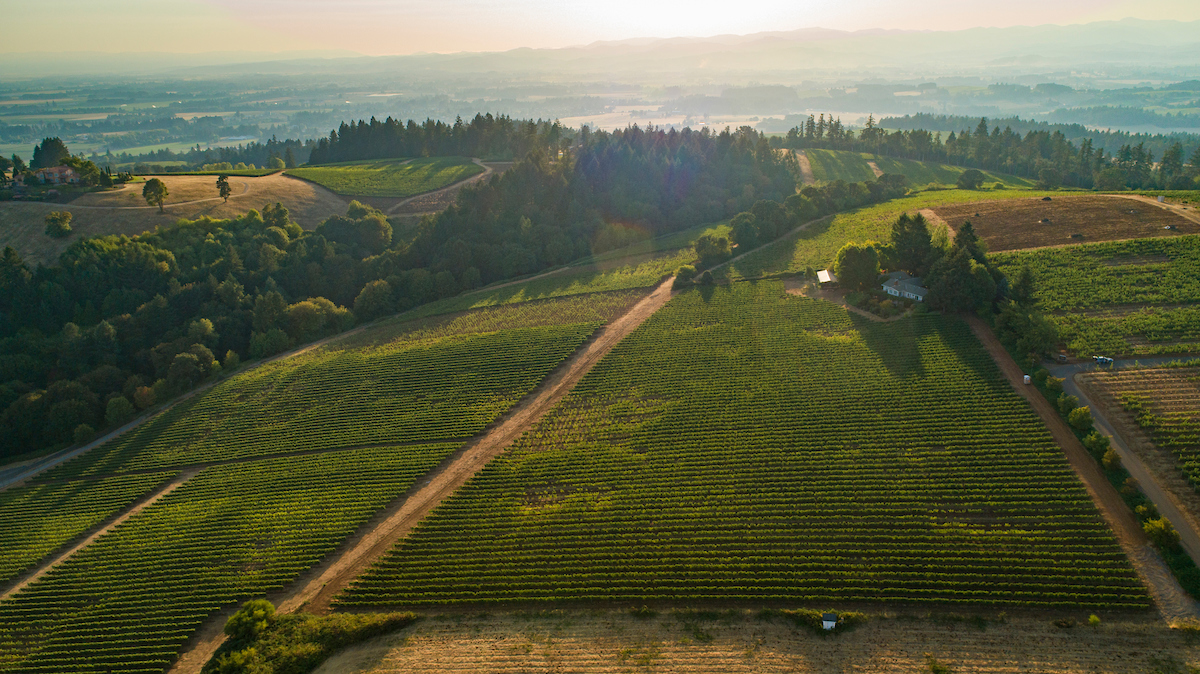 In some ways this site is even more of a flagship vineyard for us than our Estate Vineyard. This seems counter-intuitive, however, this vineyard located about three quarters of the way up Breyman Orchard Rd in the southern part of the Dundee Hills, has been maintained by Patty and Jim dating back to their work at a previous winery. Since 1997 we have managed this site and 100% of the fruit from this 7.25 acre vineyard has come to Patricia Green Cellars.

Balcombe Vineyard is owned by Mort and Joyce Cooke and was planted in 1990 exclusively to the Pommard Clone of Pinot Noir in the deep, rich Volcanic soil known as Jory. A relationship began when the Cookes contacted Patty to ask about the possibility of their vineyard being managed by the winery which Patty and Jim worked at that time. When Patricia Green Cellars was formed in 2000 the Cookes decided to follow along. Sixteen vintages later (as of the 2015 harvest) the two bottlings of Balcombe Vineyard are as well known and popular as any of the other Pinot Noir bottlingswe produce.

The vineyard is completely contiguous yet is divided into five different sections. While all five sections planted in 1990 are of the Pommard Clone and are always picked on the same day, one particular section separates itself stylistically from the other four and is thus bottled separately. Balcombe Vineyard Block 1B bottling comes entirely from the block at the lower southeast corner of the vineyard. The two bottlings share the Dundee Hills characteristics of sweetly red fruited mid-palate and sumptuous textures. The Block 1B bottling throttles things up slightly offering a darker range of fruit, more intensity across the palate and a distinctly greater tannic profile.

This vineyard is farmed organically, however the winery does not pursue any certifications at this time.