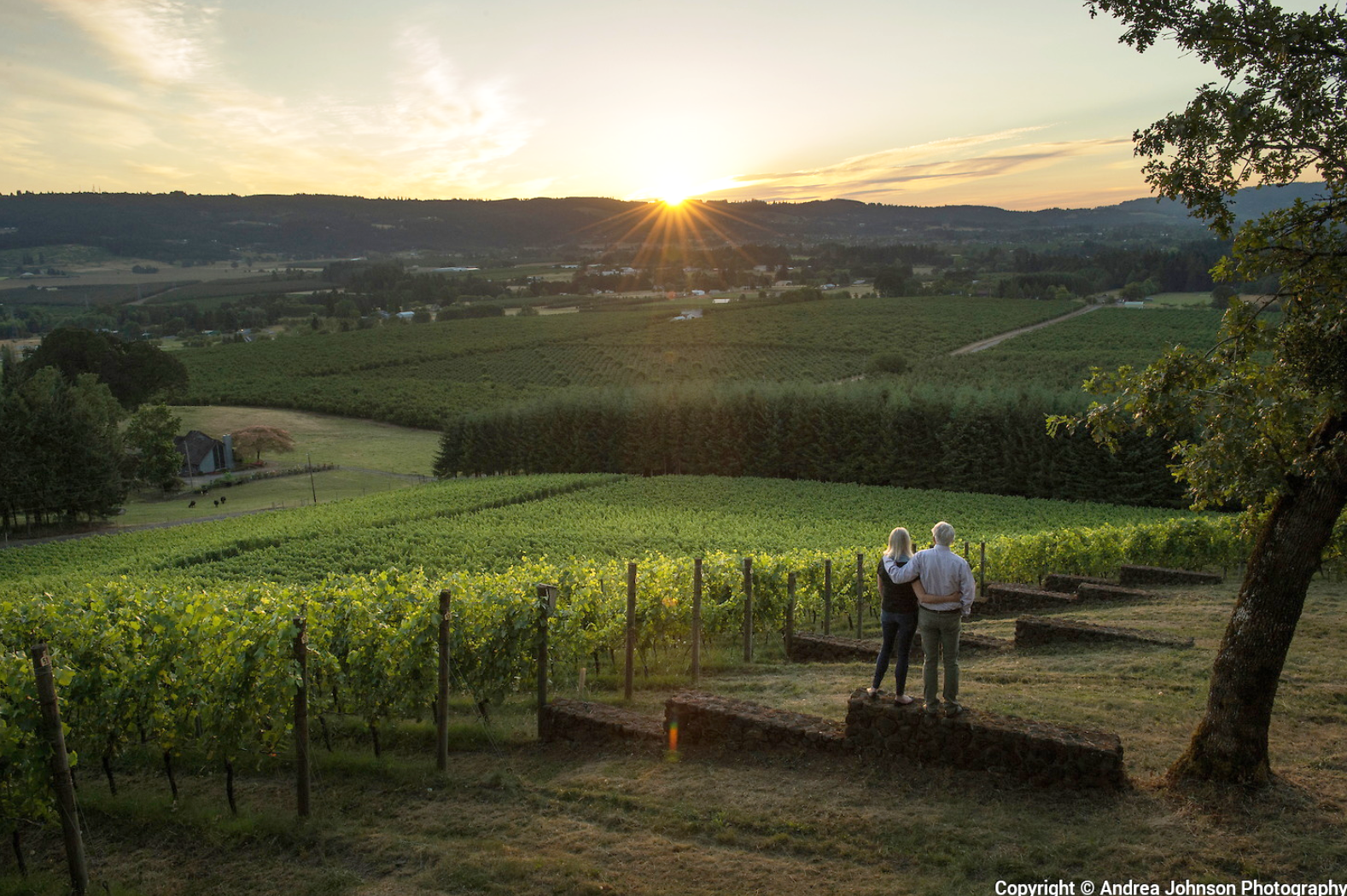 Over the years we have sourced fruit from a total of six different Dundee Hills AVA sites. All of them have been located on either Worden Hill Rd. or Breyman Orchards Rd. which are certainly the two main thoroughfares as far as vineyard locations go. In 2019 we were looking to expand our vineyard and tonnage base and came across fruit available at Anderson Family Vineyard. Two distinct things separate Anderson Family from our other Dundee Hills holdings and those are the location which is actually on the back side of the Dundee Hills close to the northern border which is Highway 240 and while it is technically a Jory soil site the vineyard actually sits atop a large, ancient landslide so it is literally a hillside of rubble. It would seem that at 24 or so vineyard designated bottlings that we would run out of places that would have an expression of Pinot Noir so unique that it would warrant yet another bottling from us. Especially in an AVA where we already produce 7 distinct wines something would have to be particularly unique to make the grade for us. That’s how you know that this bottling has something special and singular to say about this appellation. Cliff and Allison Anderson, no relationship but I will probably exploit the commonality from time to time (!), bought this piece of property after looking for several years for a place that would be a home for an amazing vineyard. In 1992 they began planting on the steep pitched hillside. Today the vineyard covers 270 degrees of the hill and is farmed entirely organically. The hillside is steep enough that in parts of the vineyard the rows have to be terraced. The roots of the vines have very little topsoil to work with and then have to wind through the cobble of baseball to basketball sized stones that make up nearly the entirety of the butte-like hill. We decided to source from all over the slope so as to ascertain what we were working with and get a handle on the overall nature of the vineyard as quickly as we could. From the northern slope we are getting Dijon 667 which is nice but quite likely going to some combination of the Reserve and Volcanic bottlings. From the eastern slope we are getting small amounts of Wadensvil and Pommard Clones. We get them in such small quantities that we are co-fermenting them and this cuvee will serve as the backbone of the Anderson Family Vineyard Pinot Noir. From the south slope we are getting our largest chunk of the vineyard which is slightly over two acres of Dijon 115 that will round out the bottling. The wine should be intense, focused and maybe a little less silky/generous and suave than our other Dundee Hills AVA bottlings. Stay tuned!