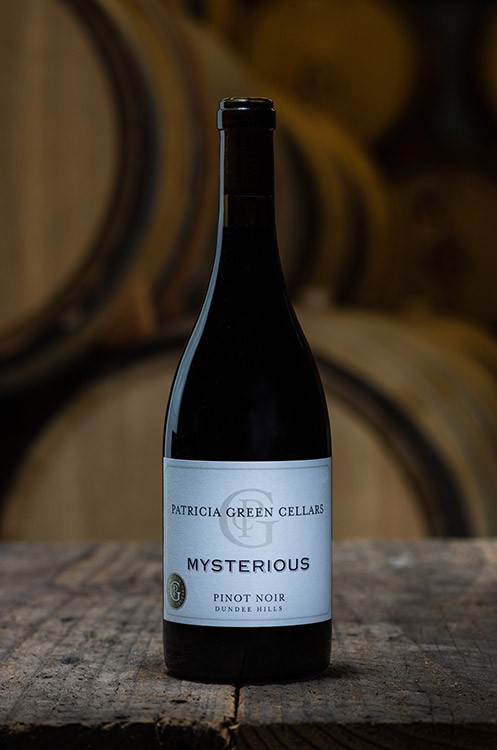 Winemaker's Notes: The five previous vintages we have received this fruit are 2009, 2014, 2016, 2017 and 2018. While the growing seasons were not identical, a pattern emerges if you know Oregon vintages, the weather and the wines. This as-of-yet-but-possibly-soon-to-be-revealed vineyard brings the “WOW” factor and has every year. That it does it in this vintage says something beyond what we already knew about the special nature of this site. Even in a cellar loaded with great vineyards and great wines this pops in every sensory category. Just a spectacular wine of grace, richness, balance and burgeoning complexity. We recently tasted the 2009 in a line-up of serious, serious heavy hitter Burgs from a single Grand Cru site and it held its own (and then some).

Site Characteristics: This site is located in the bowl off of Worden Hill Rd. where it lies in close proximity to vineyards such as Maresh, Powell Hill, Weber, Clos Electrique, Le Pavillon and others. In our first few goes with this amazing site we were getting the fruit on an inconsistent basis as we got it only twice from 2009-2015. Since 2016 we have established, apparently, a more consistent relationship here and have received the fruit each year from 2016-2019. We are fortunate to be in this situation. This is one of the great Pinot Noir vineyards in America. The vineyard is steeply pitched vineyard and resembles a cone. The farming is impeccable. It lies on a hillside replete with some of the oldest and most noteworthy vineyards in Oregon, but beyond that it is on a hillside that is filled with people who love their vines and love this special Dundee Hills site. There is magic here for sure. In 2016 and 2017 we were getting one block, albeit the wow section: 29-year-old Pommard Clone vines on a very steep, southeast facing part of the slope planted at high-density that produce intense, wonderful fruit. In 2018 we added a couple more sections, one above and one below the block that have given us the opportunity to build in different components, make more of this wine and infuse other wines like the Volcanic and Reserve with wines made from some of the best fruit in the state.