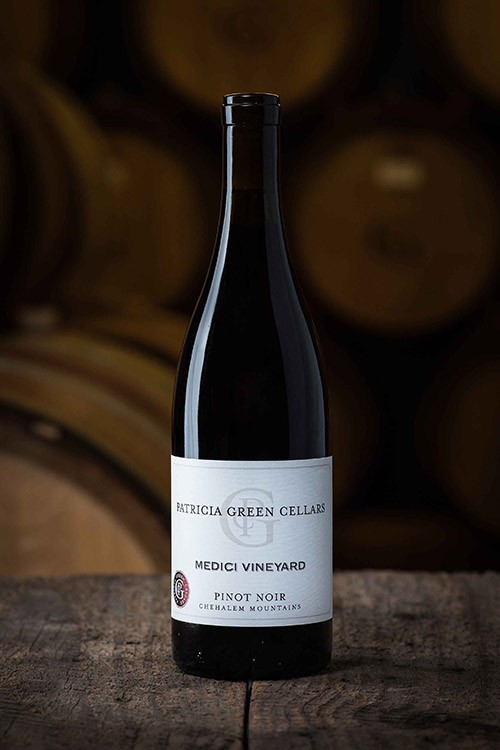 Site Characteristics:At a time when the Dundee Hills almost exclusively were the home to the burgeoning Oregon wine industries’ initial craftspeople Hal Medici planted his first vines in 1976 to the northeast of the Dundee Hill on Bell Rd. due north of downtown Newberg in an area that is now part of the Chehalem Mountains AVA. Over the course of the next 25 years the vineyard was expanded to its current size. While it has Pinot Noir, Chardonnay and Riesling planted in it Patricia Green Cellars sources only Pinot Noir from four distinct sections.

Medici Vineyard is a good analogy for what one might find in the large, diverse and far-ranging Chehalem Mountains AVA. Our other two vineyards in this AVA are largely planted in Marine Sedimentary soil. However, Medici begins at over 500’ in elevation and rises to close to 900’ elevation putting it squarely into the sections of hillsides where one would find Volcanic soil. And Medici is, in fact, planted in Jory soil which gives it a flavor profile more in common with our Dundee Hills’ wines than wines from the same appellation just down the way on the same road.