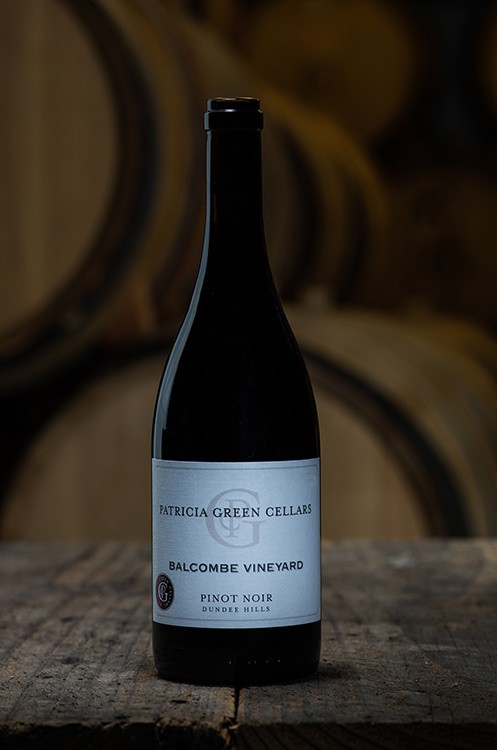 Winemaking and Notes:The fermentation contained around 33% whole cluster fruit from the four blocks this bottling is sourced from. The fruit from Block 2A was done as 100% whole cluster which is our normal method of fermentation with this block. All cuvees went through a standard cold soak of about 5-6 days, fermented in 1.75-ton open-top fermenters and were pigeaged 1x/day until dry. It was then pressed and allowed to settle for 3 days at which point the wine went to barrel. This wine saw only just over 5% new barrels, but over 50% came from once used barrels of the 19.5 selected for this bottling. As mentioned earlier, there are five sections of Balcombe Vineyard. Four of the sections are used to create the Balcombe Vineyard bottling. The section called 1B is separated out into a different bottling. The Balcombe Vineyard bottling is certainly the quintessential Dundee Hills Pinot Noir. Ever since its first bottling in 2000 this wine is all about how the texture and the flavor co-mingle to deliver the EXPERIENCE. This has an irresistible silky texture without being soft or cloying. The manner in which the flavors are delivered are the key component to this wine’s complexity. It is consistently floral on the nose with subtle elements of red-fruit and smoked meat. It has a sneaky ageability to it since it does have such an approachable-when-young nature to it, but recent tastes of the 2001 and 2002 show those wines cruising along beautifully. Drink it for its lovely, youthful nature or save it and it will be a delicious treat 10+ years into the future. Either way you cannot lose.

Site Characteristics: Balcombe Vineyard is located toward the top of the Dundee Hills on Breyman Orchard Rd. at the southern end of the Dundee Hills. Adjacent vineyards would include White Rose, Domaine Drouhin, Stonehenge (Eyrie) and some Domaine Serene sites. It was planted in 1990 to Pommard clone. In 1997, while at Torii Mor, we began farming this vineyard and getting all the fruit from the 7.25 acres and we have worked with the fruit every year since 1997 so we have become pretty accustom to how the grapes grow, ripen and ferment into wine. The vineyard sits at about 600-700’ elevation on a relatively gently, mostly west-sloping hillside with lots of exposure. The vineyard is divided into five specific sections all of which are fermented separately (this becomes important later).