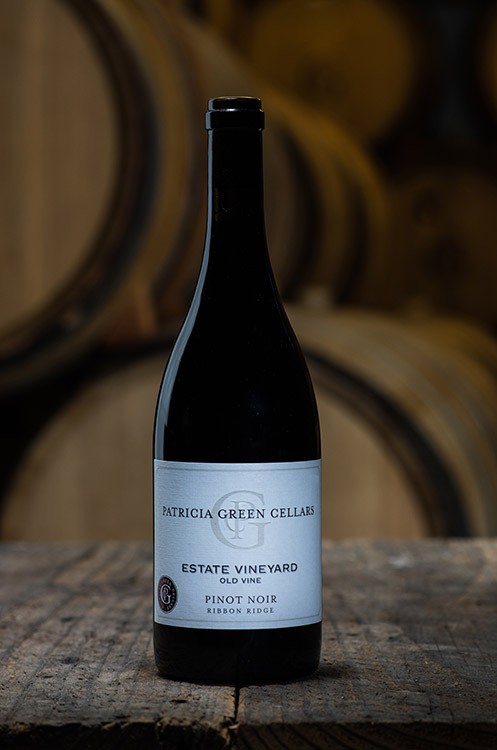 These old vines were planted between 1984 and 1990. There's good midpalate concentration here, a mix of strawberry and cherry fruit, with a dusting of cocoa. A streak of cola comes up also, and this is a wine that should continue to improve with further bottle age.

Winemaking and Notes:  As the Estate vines tap their roots deep into the soft sub-soil they eventually make contact with the mineralized water on the property. This brings a whole new element to the flavor and texture profile of the wine. This bottling comes from the original 1984 planting of Pommard which was fermented with 50% whole clusters (most of this block was used for a First Vines bottling in 2017), a 1990 planting of Pinot Gris that was grafted to Pommard in 2002 that was done with three fermenters of 0, 50 and 100% whole cluster which were all pressed together, and a 1997 planting of Pommard on a steep west facing slope that was all fermented completely destemmed. Given the diversity within the vineyard (we have a 360-degree aspect on our hillside vineyard) and the range of vine age (21-34 years) we were able to pick at different times and had fermentations that ranged from 100% de-stemmed to 50% whole cluster. The wine was bottled with just under 20% new barrel. The assemblage for this particular wine is always fascinating because you can see the wine come together as the elements from each block are added in. This wine is one of the few truly older vine bottlings that exists from Ribbon Ridge. Older vineyards here, have the capacity to translate the mineral laden nature of our water and soil into the refined, focused nature of the fruit. This AVA is a special place and as interesting, dramatic and amazing as some of our specialty bottlings from this site are, this one is the mother of them all.