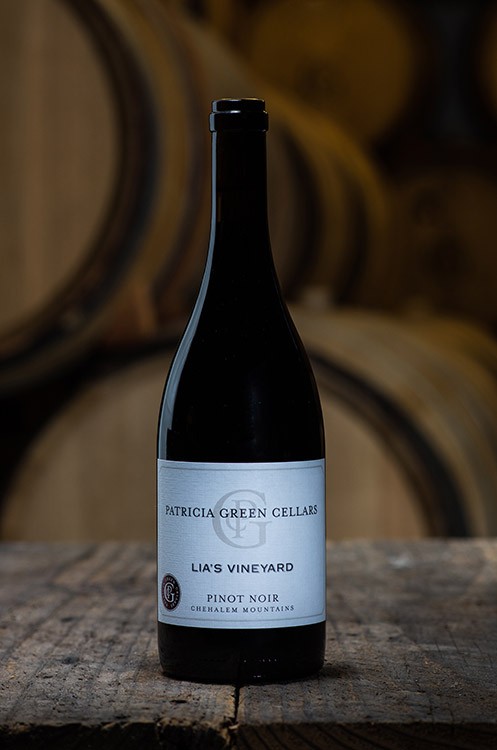 An elegant wine that skates lightly along a red fruit spectrum from strawberry to raspberry with supporting streaks of citrus, this should benefit from further bottle age. This requires further aging for optimal drinking. Enjoy 2020–2025.

Lia’s Vineyard, to us, is about the unusual (in Oregon) combination of soil types due to the change in elevation that the vineyard has over a relatively small amount of overall acreage. That is what makes this vineyard fascinating and, in our cellar, totally unique. The Pommard at higher elevation in volcanic soil produces intense, sultry and concentrated Pinot Noir and the Dijon 115 leans to a much more structured and savory style since it comes from the marine soil at the bottom of the vineyard (this is still in the middle of the overall hillside). The Mariafeld is at an even lower spot on the hill than the Dijon 115 and it adds its own little thing to the whole situation.

We chose a total of nine barrels for the 2017 Lia’s Vineyard bottling. In 2017, due to space constraints, the Lia’s Vineyard clones of Pinot Noir were co-fermented in 2 separate fermenters. The nine-ton fermenter was 67% Dijon 115, 18% Pommard and 15% Mariafeld. The smaller fermenter was 67% Pommard and 33% Mariafeld. We generally prefer to ferment clones separately but the circumstances of harvest led us to this sort of happy accident. We ended up choosing 6 barrels from the large fermenter and 3 barrels from the smaller. Over the years we have been refining our approach to the Lia’s Vineyard fruit and working to draw out the more subtle aspects we believe it has, in favor of the more overt, fruit forward nature it also has the ability to display. The 2017 is a bit more fruit driven than the previous vintage due to the nature of the fermentations but in some way that might not be a bad thing. There is an aromatic element to it that is far more floral than it has been in the past vintages and the wine is a bit more inviting. It’s full of space for one to explore rather than being a wine that simply rushes at you with a full-throttled intensity. This wine is quite integrated at a very young age which is surprising given the dispirit clones, vine ages, elevations and soil types. Likely due to the co-fermentation and de-stemmed fruit we have a quite seamless and lush Lia’s which works with the aromatic etherealness of the vintage and the floral nature of the site. This may not have the purity and well-rounded beauty of the 2016 but it is immensely pleasurable and will be delicious for years to come.

Location: Chehalem Mountains is one of Oregon's newest AVAs, and a sub-appellation of the existing Willamette Valley region. This viticulture area is 19 miles southwest of Portland and 45 miles east of the Pacific Ocean. It is 20 miles in length and 5 miles wide.

Site Characteristics:Lia’s Vineyard is adjacent up the hillside from Olenik Vineyard in the Chehalem Mountain Appellation. In that part of the Chehalem Mountains vineyards lower on the hillside consist of marine sedimentary soils and vineyards higher on the hill are volcanic soils. Lia’s Vineyard straddles that transition with sections of the vineyard toward the bottom being in marine soils and sections toward the top being planted in volcanic soils. The vineyard largely faces west with portions of it rolling off to the south and southwest with the western face being highly exposed and the southern face having some tree cover. Just as in 2012 we received Pommard planted in 1993 and Dijon 115 planted in 1999, the former in volcanic soil, the latter in the marine. There is a small (less than half an acre) section in the middle of Lia’s Vineyard planted to the Mariafeld Clone of Pinot Noir (also known as Clone 23). This is a very rare clone in Oregon and was something that we coveted from Day 1.